Who was Lydia Rippey 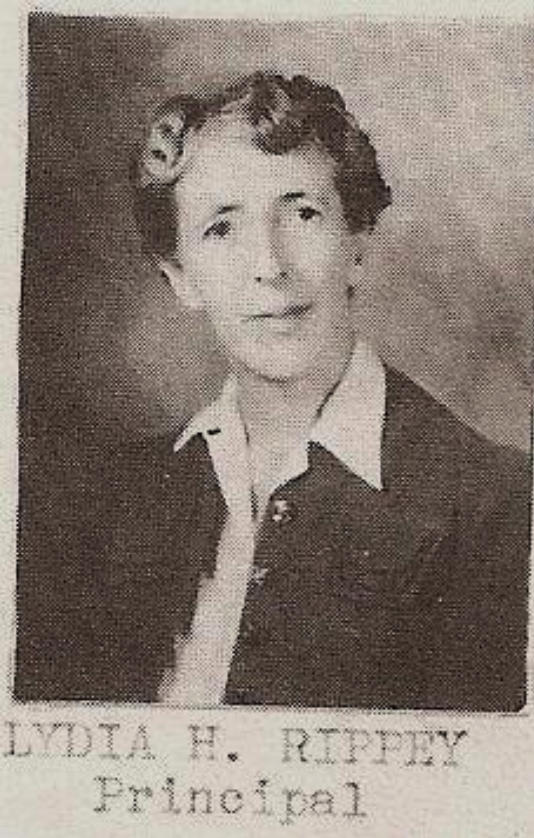 Lydia H. Rippey (1889-1978) Ms. Rippey earned her B. A. and M. A. degrees from the University of Colorado and also did graduate work at the University of Arizona. Ms. Rippey lived in a house on the SE corner of Park Ave. and Chaco, which now houses the Dusenbery’s Car Wash. Prior to becoming principal she taught sophomore and senior English. Ms. Rippey was very involved in school activities; she sponsored the senior class and helped with the senior class plays. Students always learned more than just academics from her; she took students out to eat in which they learned proper manners and etiquette.  She was a teacher who really cared about her students and maintained high standards of discipline within her classroom. Ms. Rippey was very straight forward and you always knew exactly where you stood. Aztec’s second K-3 elementary “Lydia Rippey Elementary School” was named after her, when it was built in 1957-1958. She became the second female High School Principal in Aztec during the 1940’s. Before Ms. Rippey retired she returned to teaching and became the High School Librarian for one year.  The superintendent’s salary was $1670.

Students did not drive cars to school, they either rode the bus or walked to school.  The proms were held on campus.  The girls in the Home Economic class set the tables, cooked, and provided the meal.  After the meal everyone helped clean up before the dance began.

In 1922 Aztec High School at that time, was part of a three story building. The gymnasium was in the basement, and was open to the first floor, the bleachers were on the first floor and looked down onto the court below. In 1941, grades 1 thru 4, were moved into the old school building at the south end of campus, approximately where the HS agriculture building currently stands.  Grades 5 thru 8, were moved into the WPA building and it was located on the north end of campus, approximately where the north side of the multipurpose room is currently The building then only housed the Administration, grades 9 thru 12 and the only telephone on campus. It was located between the two buildings.  There was one teacher per grade level. There was a practice field located between the High School and Elementary building on which they chose to build the new High School building and gymnasium.  They built the gym first and finished the classroom building later. Lydia Rippey Elem. School’s first woman principal, Charlene Gaston, was a freshman in 1946 during which time Ms. Rippey was HS Principal.  In 1949, Ms. Gaston’s graduating class was the first class to graduate in the new gymnasium.

Lydia Hurlburt married Charles E. Rippey and had one son born in 1926.  Ms. Rippey spent the majority of her 89 years in Aztec. Later in life Ms. Rippey moved to Texas to be near her only child, Donald.  When she passed away her body, was returned home to Aztec and buried in the Aztec Cemetery on Chamiza Avenue. 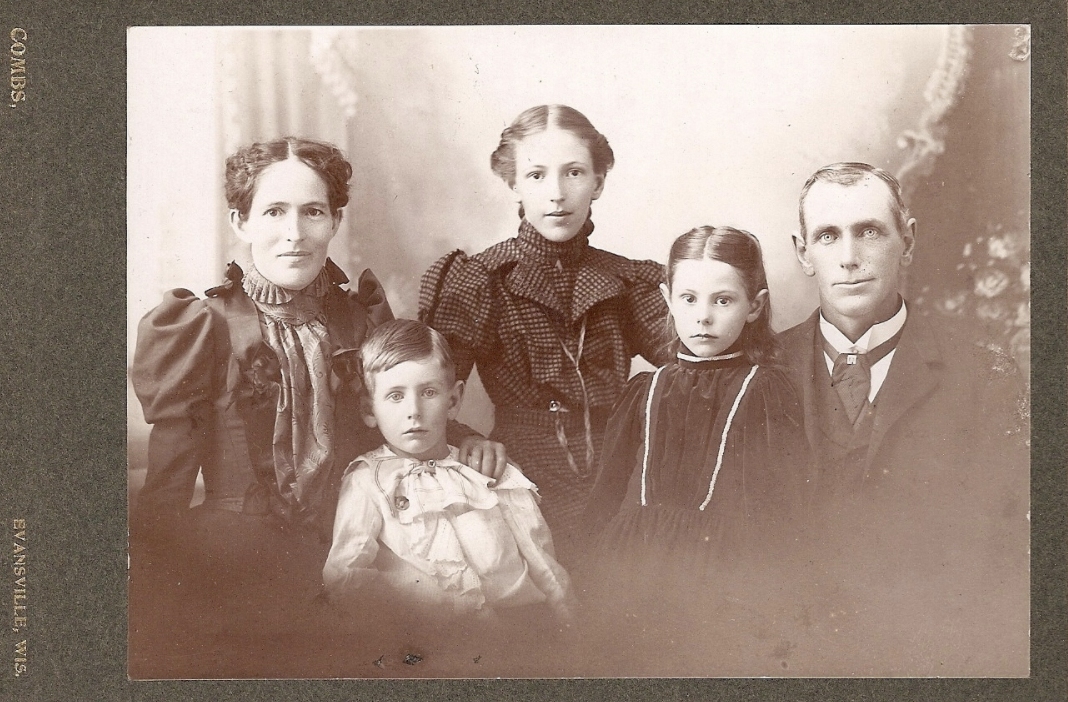 Lydia Rippey (center) along with her family.